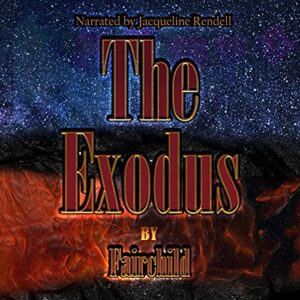 A girl who feels nothing; a boy who sees shadows and hears what others cannot; a baby without license to be born; a deaf teenager and scientific savant; offensive people; a general who passed law to hunt, imprison, and kill them all.

Where do they hide when the sub-nations of the United States draw their own lines in the ground that dictate which people get to be oppressed and who gets to be offended?

The Salvo Cartel built the tunnels to help them escape, to aid those with mental ailments, those who question, those who refuse to conform, gays, Christians, artists, people with scruples, and other deviants.

Do they flee to Salvo’s underground cities, with eyes set on a grander safe place?

Where do they go when Lady Liberty douses her light?

Perhaps the same place she’s been pointing her torch towards ever since she stepped atop her pedestal and realized at once that one day she, too, would be told to shut up. 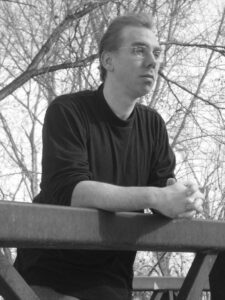 David Fairchild resides in Spanish Fork, Utah and teaches writing at Utah Valley University. He has a background working in the amusement and entertainment industry, including: amusement parks, haunted houses and theatre. He is a retired ventriloquist and stand-up comic. He holds degrees in writing and communication. David writes and performs voice-over work all under the relentless supervision of his dog, Huxley (who insists he must sit in David’s lap while he writes), and his cat, Chex (who refuses to stop climbing on his recording booth). 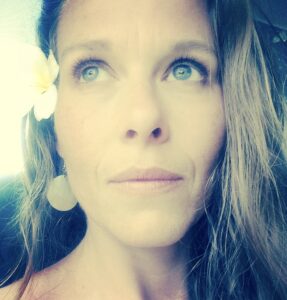 Jacqueline Rendell was a child actor, a member of ACTRA by 8 years old, performing in theatre and on TV. She competed in live story-telling competitions and also landed a story-telling spot on Today’s Special. She absolutely loves to read and was always that kid who raised her hand to read the book aloud to the rest of the class. She has narrated over 30 projects, both non-fiction and fiction, and is an entrepreneur and musician. We are living in a paradigm of depending on multiple streams of income rather than one, and so I’m here to add this stream to my collection. She also has a textile line, Uplift Textiles, and makes tons of music for brands as well as songs for pure pleasure.

David Fairchild’s top 10 books that everyone should experience as an audiobook:

10) Watership Down by Richard Adams and narrated by Ralph Cosham

8)   The Girl With All the Gifts by M.R. Carey and narrated by Finty Williams

7)   Doctor Sleep by Stephen King and Narrated by Will Patton

6)   The Suspect by Kent Alexander and Kevin Salwen; narrated by Paul Michael

5)   NOS4ATU by Joe Hill and narrated by Kate Mulgrew

3)   The Exorcist written and narrated by William Peter Blatty

2)   The Junie B. Jones Series by Barbara Park and Narrated by Lana Quintal

1)   The Martian by Andy Weir and Narrated by RC Bray (Unfortunately, no longer for sale due to loss of publishing rights. You have to find someone who already owns it and borrow it).