Toro is the story of a cow who wants to run like a bull in Pamplona.

A story that evokes beloved films such as Babe and Ratatouille.

Alicía Catalina Cortés is a fast and fiery Spanish cow who desperately wants to run with the bulls in Pamplona – but since she’s a cow, tradition forbids her to partake in the fiesta of San Fermín. Through her journey, Alicía learns that to be noble and brave, she must follow her dream and her heart, even if it means defying tradition.

Toro is set in the colorful backdrop of Pamplona, Spain during the fiesta of San Fermín and the running of the bulls, famed as one of the most exhilarating, dangerous, and spectacular events around the world.

Andrew Avner graduated with honors from New York University’s Tisch School of the Arts with a Bachelor of Fine Arts in Film and Television. After working in Manhattan with Academy Award-winning producer David Brown, Avner relocated to Los Angeles to develop his own original material. He’s currently writing and producing short films for The Walt Disney Company while penning his next novel.

Brad Raider is an actor, filmmaker, and meditation teacher living in Los Angeles. In addition to Toro, he’s voiced video games, cartoons, and industrials. His award-winning feature film, Kensho at the Bedfellow, is streaming free on Amazon Prime: https://amzn.to/345rhXD.

George Spielvogel, also known as MC Whack, has been performing for audiences since childhood. While still in his early teens, he starred in a touring children’s theatre group and went on to earn degrees from both the Meisner Studio and the Strasberg Institute at New York University. Spielvogel was the creative producer on the hit staged parody Point Break Live. He continues to produce independent content and work as a voice-over actor in Los Angeles.

Born in Puebla, Mexico, Malili Dib was discovered by producer Pedro Torres, who cast her in the popular television series Mujeres Asesinas. She soon went on to land a major recurring role in the Mexican version of Gossip Girl. After graduating with honors from the Stella Adler Studio of Acting in New York City, Dib relocated to Los Angeles where she currently resides. Her film credits include Melancolía, co-starring Alessandra Rosaldo and Plutarco Haza, Your Iron Lady, co-starring Victoria del Rosal and Yul Bürkle, Valentina by up-and-coming director Jorge Xolalpa Jr., and The Restoration by award-winning Peruvian director Alonso Llosa.

Leila Cohen left Brazil when she was eighteen and bounced around the globe before settling down in Los Angeles. She received a degree in Performance and Visual Arts from Brighton University and went on to train at Central School of Speech in Drama in London and Stella Adler Studio of Acting in New York City. Cohen recently completed a Film and Television Screenwriting Comprehensive at UCLA and co-founded a production company with her sister, aptly named Cohen Sisters Productions.

Yolanda Corrales is a Spanish actress based in Los Angeles. Her career began as a professional dancer in the Royal Conservatory of Madrid. Eventually, she traveled to Mexico to work on acclaimed television series such as Juana Inés, José José: El Príncipe de la Canción, and Luis Miguel: The Series. Corrales has also performed in theatre and film and has appeared in more than one hundred commercials around the world.

I received this audiobook as part of my participation in a blog tour with Audiobookworm Promotions. The tour is being sponsored by Andrew Avner. The gifting of this audiobook did not affect my opinion of it.

Toro was a really fun listen! I’m obviously not a middle grade person, but I still enjoyed it a lot. I tried to listen to it from the perspective of a middle grade individual, as well as myself, and it worked all the way around.

The plot was super cute and kept my attention easily. I think it would keep a child’s attention easily as well. It contained lighthearted humor as well as inspirational themes.

The best part about Toro was the narration. It was narrated by full cast, including the author Andrew Avner! The narration was unlike any I’ve ever heard. It brought the story to life and I feel it would make it even more exciting for younger listeners. The audiobook is only two hours long, so this would be an appropriate listen for a road trip with youngsters. It could even be incorporated into school/homeschool lessons. 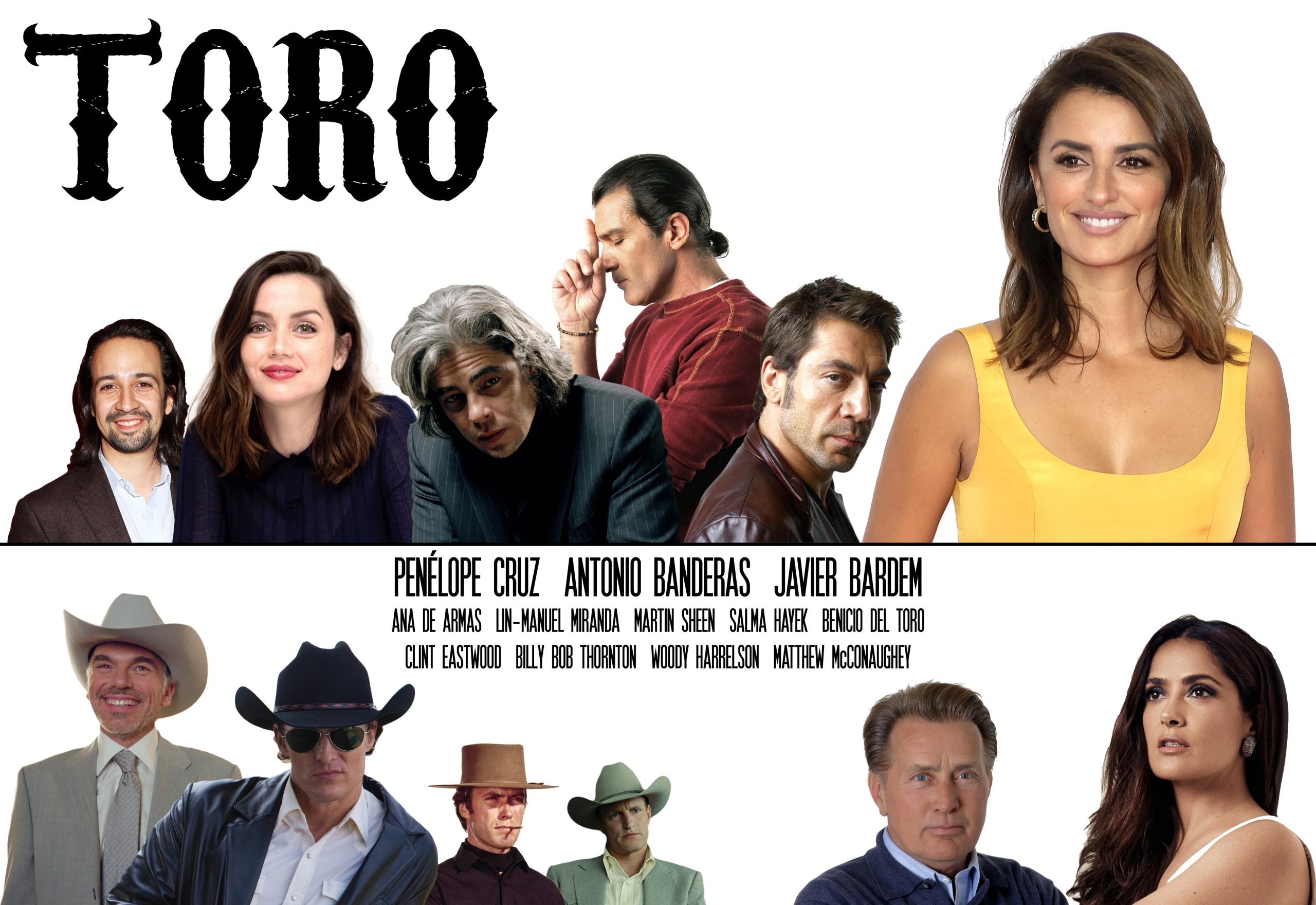 If I were to produce an animated feature film, I’d cast everyone from the audiobook to perform voices for the movie. If they were unavailable, in terms of the Hollywood studio system, here’s my dream cast of voice talent for the central roles:

A film could also be made as a live-action virtual production in the vein of Jon Favreau and Disney’s The Jungle Book (2016) and The Lion King (2019), whereby photorealistic talking animals appear alongside real actors. If this were to be the case, the cowboys—Billy Ray, Montie, Junior, and Slim—would all be filmed in live-action on location and greenscreen stages.